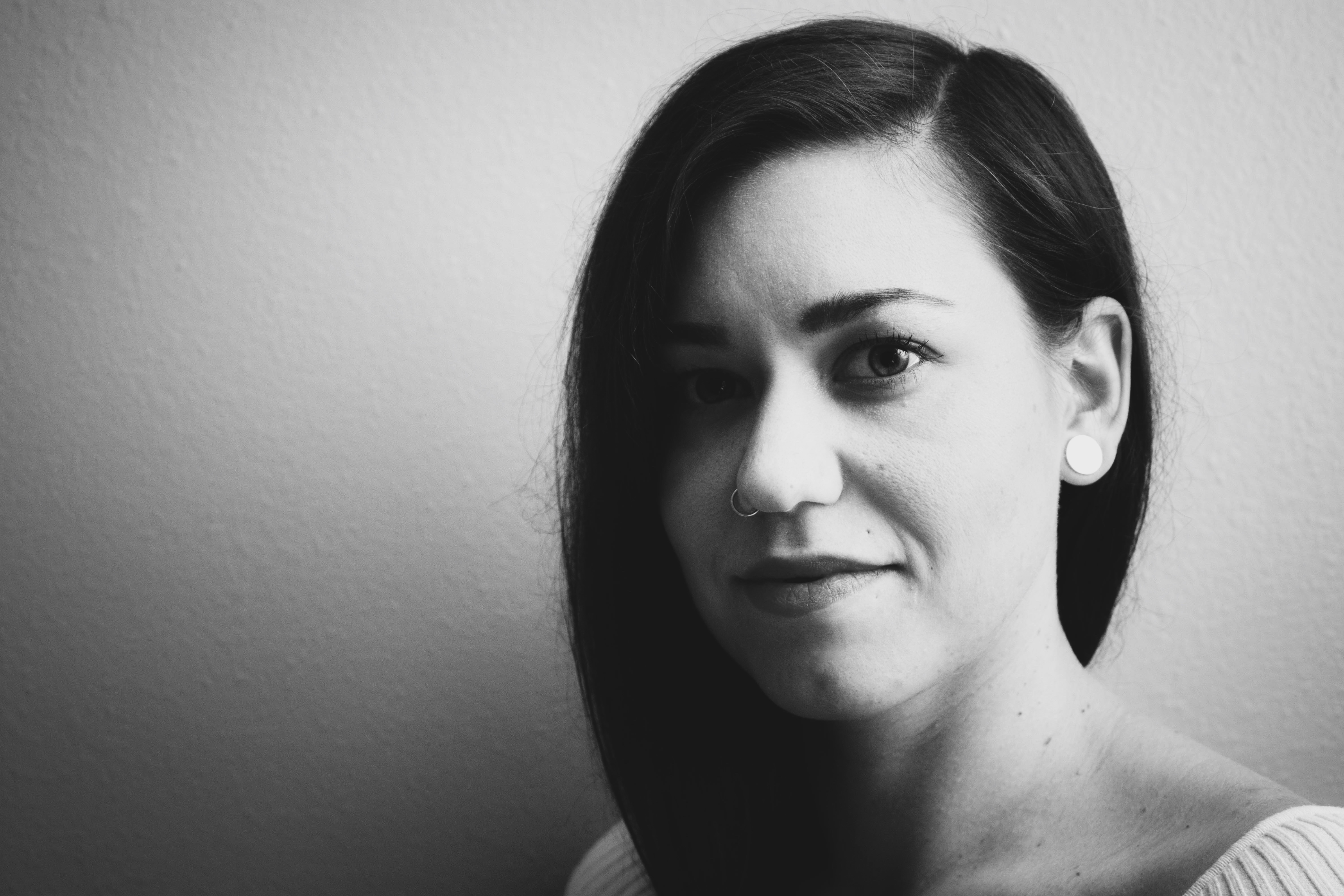 Jana Meszaros is a Master DanceAbility Teacher and works directly for DanceAbility International headquarters in Eugene, Oregon. An independent designer, performer and musician, she is a Contributing Choreographer and Rehearsal Director for DAI's Joint Forces Dance Company and is the lead DanceAbility teacher in Lane County. She received a Bachelor of Arts in Dance from University of Oregon in 2009, her DanceAbility Teacher Certification and Apprenticeship in 2015 and her Master Certification in 2017. She is serving as the facilitator and moderator for the Discussion on Inclusion in Arts and Culture as part of DANCE BEYOND the LIMITS in 2021. Ms. Meszaros earned her Master Certification in the DanceAbility Method in Trier, Germany and now facilitates trainings in inclusive dance for teachers. In 2017, along with Alessi, she was a featured instructor at Unesco's International Dance Day in Shanghai, China where she led a session regarding Application of the DanceAbility Method for a Younger Demographic. Jana was a master teacher for DANCE BEYOND the LIMITS in 2018 and 2019 and, this year, is highly motivated to facilitate the CONVERSATIONS on INCLUSION in the ARTS and CULTURE. 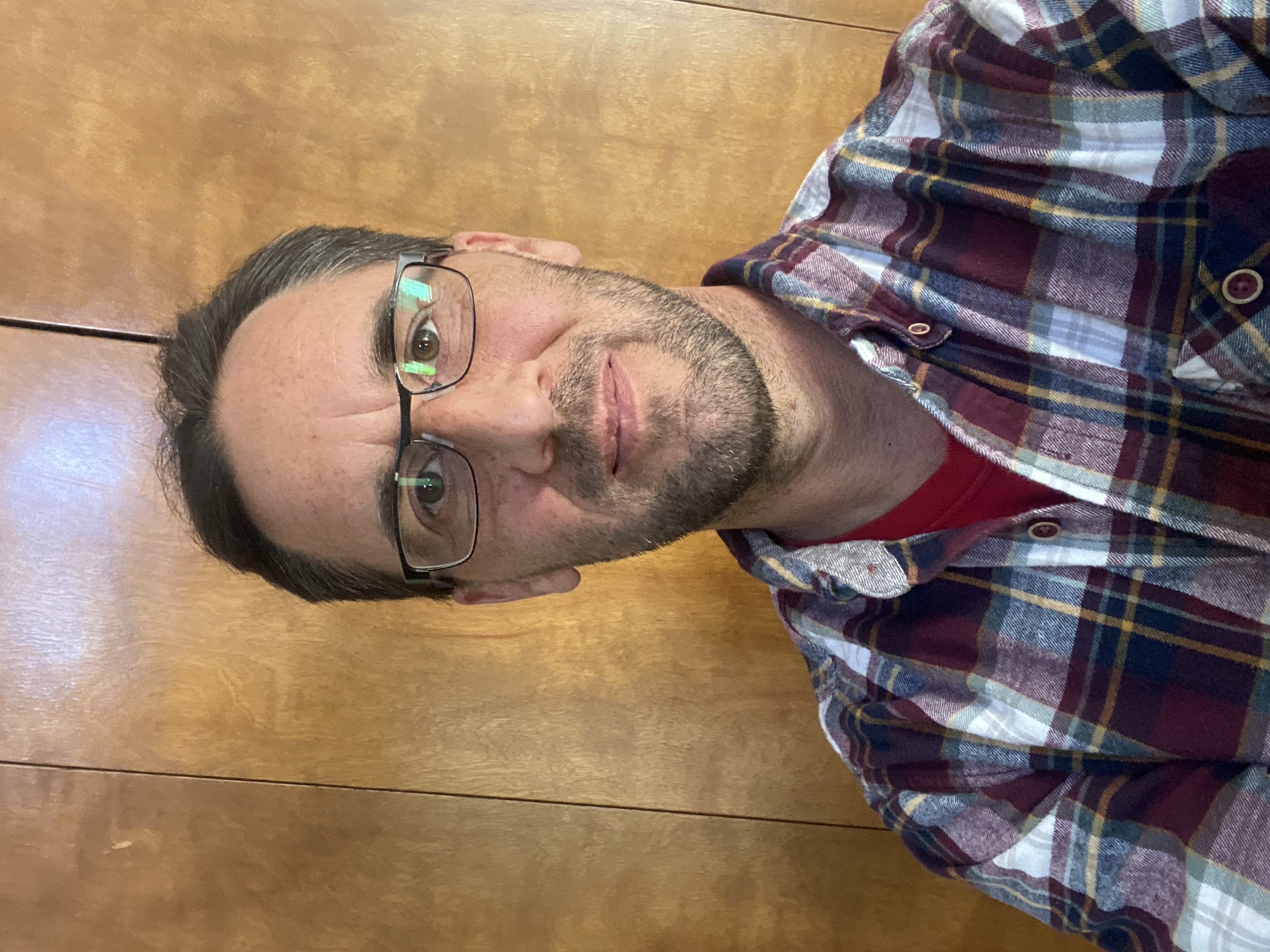 Matt Cloven has been working in the field of disabilities for nearly 20 years. He entered the field in Oregon at a time when the State was mandating that the services and support that an individual needs should be driven from the voice of the individual and should promote their quality of life as defined by their interests and desires. Matt has worked in direct care and case management for people who live with I/DD. Since 2014 he has worked as a professional disability advocate and consultant in Colorado, where his focus has been to increase the access and promote the rights of people with disabilities as integral members of their community. He is the current owner or Peacewolf Advocacy & Consultation Services (PACS). 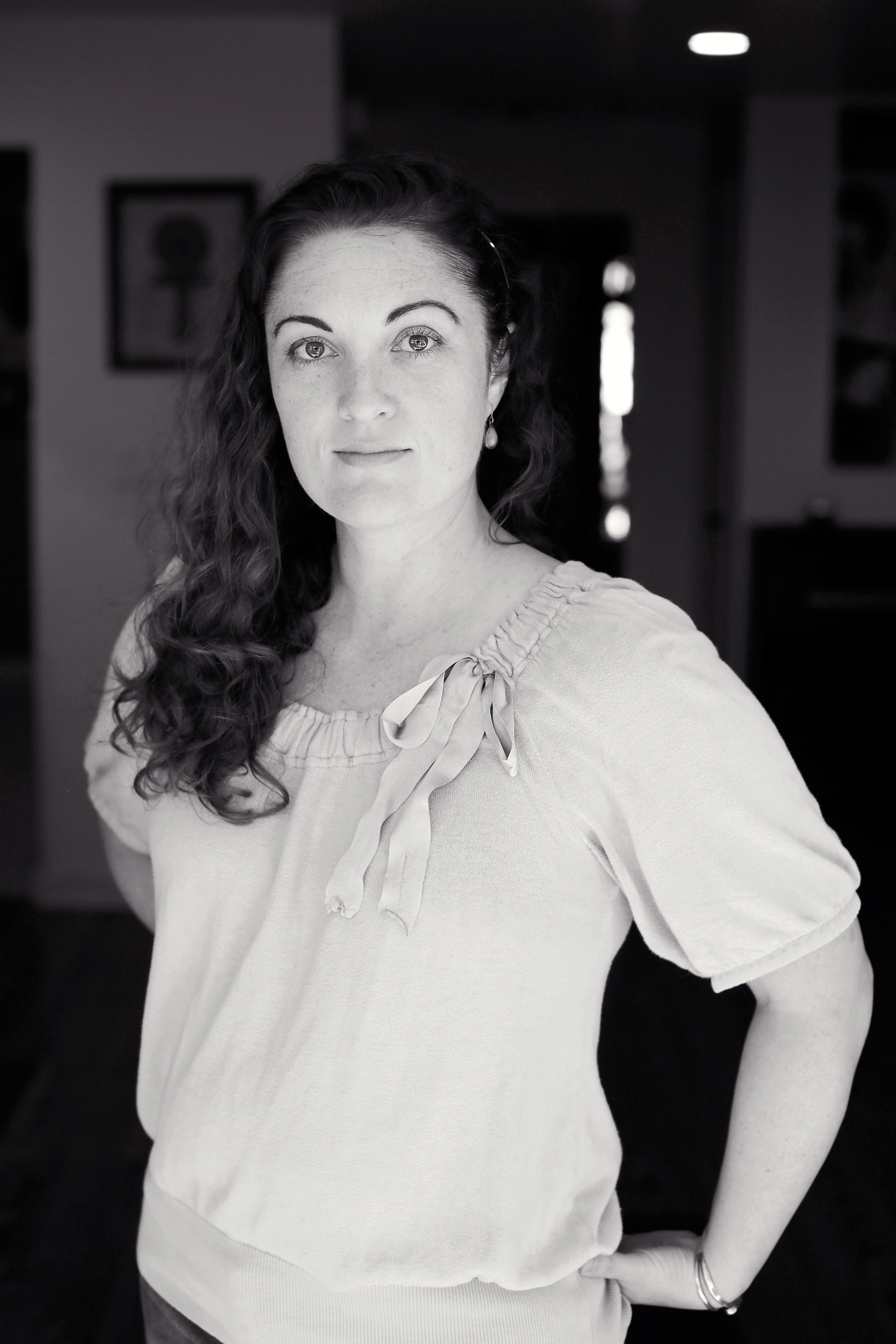 Jessica Greaves is an Occupational Therapist that has been living and working in the Albuquerque, NM area for the last 10 years.  In 2018 Jessica was a founder of mOTivating access, LLC that was created to assist community members, organizations, and government agencies in developing inclusive accessibility programs and spaces.  Recently, Mrs. Greaves was the Southwest Regional Coordinator for a PCORI project called "Engage All Abilities" and brought diverse stakeholders together to discuss and acknowledge barriers and helping factors in community engagement for persons with intellectual and developmental disabilities.  Jessica is inspired by accessible design and improving communities to support all members in having meaningful participation and acceptance. 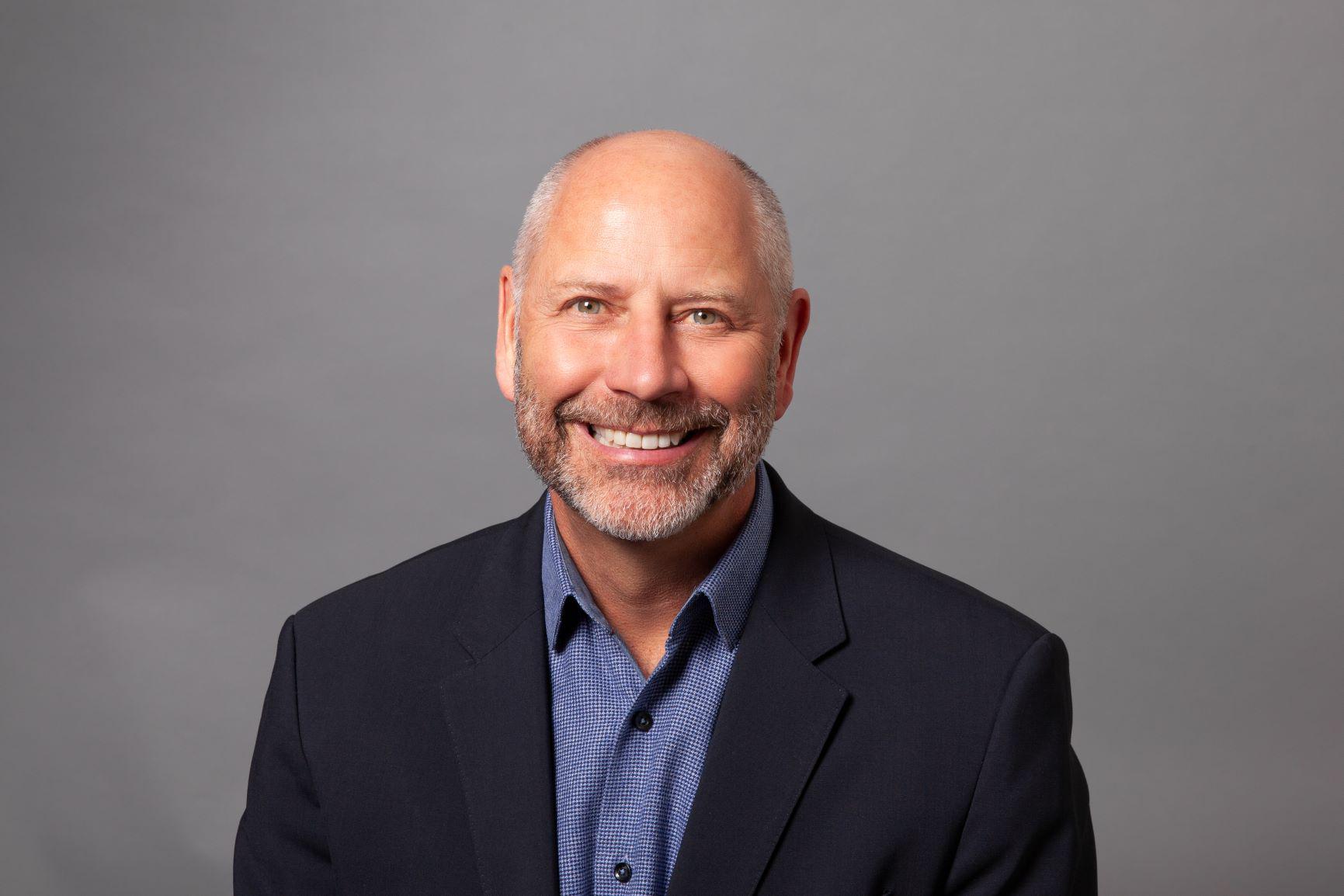 Jim McDonald is the Director of Cultural Services for the City of Fort Collins  Colorado.  Jim’s experience in the arts and culture sector spans the philanthropic, nonprofit, corporate, and governmental environments.  He has previously served as the Deputy Director and Director of Programs for Grantmakers in the Arts, Senior Program Officer for Arts and Culture at The Paul G. Allen Family Foundation, Public Art Director for the Seattle Office of Arts & Cultural Affairs, and Curator of the Safeco Art Collection. He received his Bachelor of Fine Arts degree from The School of the Art Institute of Chicago, completed a fellowship in the Museum Program at the National Endowment for the Arts, and studied architecture in the graduate program at the University of Washington. 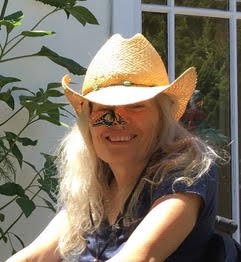 Judith Smith, Founder and Director Emerita of AXIS Dance Company, is one of the world’s driving forces in physically integrated dance. Under Judith’s direction AXIS commissioned more than 35 works from the nation’s best choreographers and composers; toured to over 100 cities and appeared twice on FOX TV’S So You Think You Can Dance. She led the development of the field’s most extensive integrated dance education/outreach programs with a range of programs serving all ages, abilities and interests from recreation to the pursuit of a professional career.   Her advocacy/equity work led to the first-ever National Convening on the Future of Physically Integrated Dance in the USA. This project culminated in an extensive report and the launch of the AXIS Artistic Advancement Platform to Advance Artistry, Opportunity and Equity for Dancers with Disabilities. She was instrumental in the creation of the Dance/USA Disability and Dance Affinity Group and co-chairs the group.  Her awards include the Alameda County Arts Leadership Award; KQED’s Local Hero; an Isadora Duncan Dance Award for Sustained Achievement; the O2 Initiatives Sabbatical Award; Red Oak Foundations’ inaugural Community Excellence Award; and she is one of Theatre Bay Area’s 40 people that have changed the face of Bay Area theatre. Judith was inducted into the Alameda County Women’s Hall of Fame in 2020.   Judith is an independent consultant in dance and disability equity. She is an activist for the environment, animals and people with disabilities. She gardens for pollinators, birdwatches, raises butterflies, fosters squirrels and is involved in thoroughbred racehorse rescue and adaptive carriage driving. 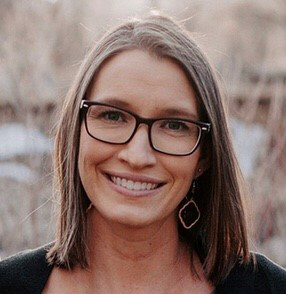 Katie Dockery, originally from Colorado, has worked around the front range in the nonprofit and intellectual and developmental disability field for over 15 years. Katie graduated from Colorado State University (CSU) with two degrees, a bachelor’s in International Relations and a bachelor’s in Social Work.   While at CSU, Katie mentored an adult with Down Syndrome, and that encounter changed her career path forever. She started volunteering at Respite Inc. in Fort Collins, and upon graduation started working as a Case Manager at the local Community Center Board, Foothills Gateway. Katie transitioned to the direct service field and worked at Easterseals Colorado for over 8 years doing a variety of roles. Most notably she lead the Northern Colorado division and strengthened the direct service offerings in that catchment area. Katie is currently the Chief Operating Officer for HighPointe Services, running multiple programs for those with intellectual and developmental disabilities across Colorado.   Katie considers herself a life-long learner and has completed many additional certifications including a Certified Nonprofit Executive. Katie sits on the Council at Unity of Fort Collins and is a longtime volunteer at Friends of Retired Greyhounds. In 2018, Katie was honored by Bizwest’s 40 under 40.  In her free time, she enjoys spending time with her husband, their two boys, and their greyhound. They enjoy traveling together and the Colorado outdoors. 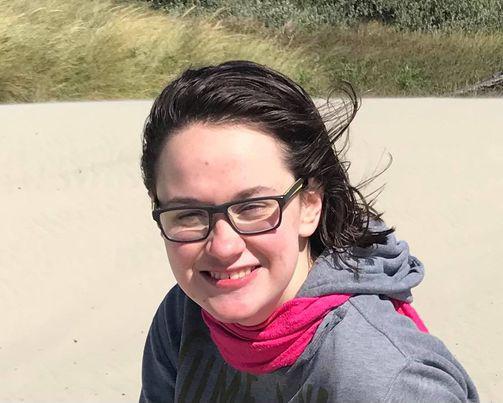 Kelcie Laube is a twenty-three-year-old with Cerebral Palsy from Elmira, Oregon. She has been training as a dancer for the past twenty years and has been in two companies during that time. She has been dancing professionally with Joint Forces Dance Company for six years and debuted her first self-choreographed solo three years ago. Kelcie volunteered as a teacher's assistant in DanceAbility classes for two years. She completed the DanceAbility week-long intensive in 2016 and completed her teacher certification training in 2019. Kelcie is also a Horse Management major at Linn-Benton Community College in Albany, Oregon. 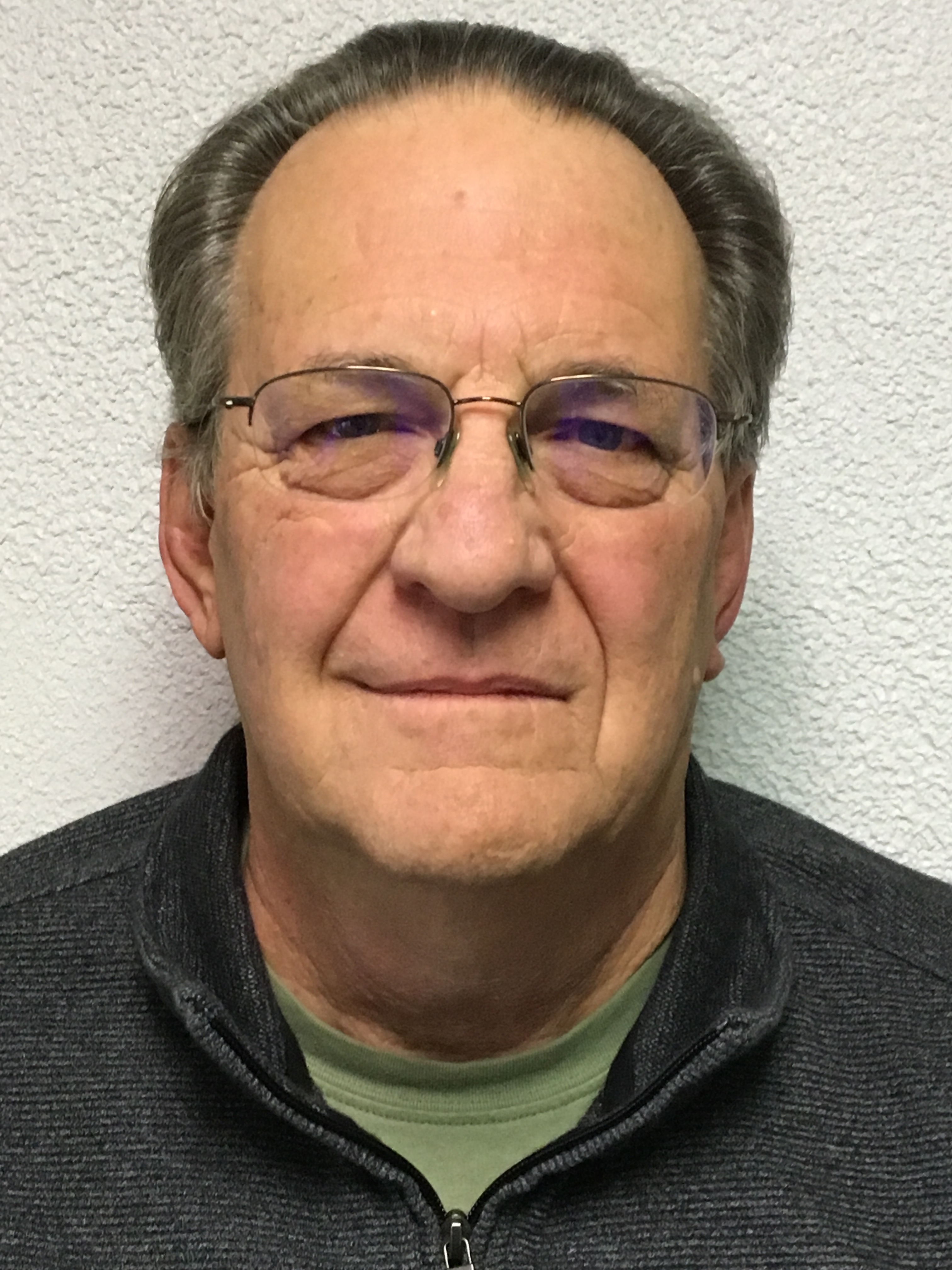 Mark Rosoff  is the Director and Founder of Front Range Institute for Safety and a poet and musician with Two Fingers Sound Arts. He earned a BS from the University of Massachusetts and a MA in Recreational Therapy from University of Northern Colorado. Mark was in instrumental  visionary for the creation of Dance Express through arts workshops supported by Fort Fund in 1988. Mark served on the Dance Express board, 8/92 to 8/07 and the Dance Express Advisory Board 8/07 to 5/14 . "I align with the original vision of access to the arts for people of all abilities, and I am proud to be serving on the Dance Express board once again.  I  believe in the power of dance and creativity for meaningful lives." 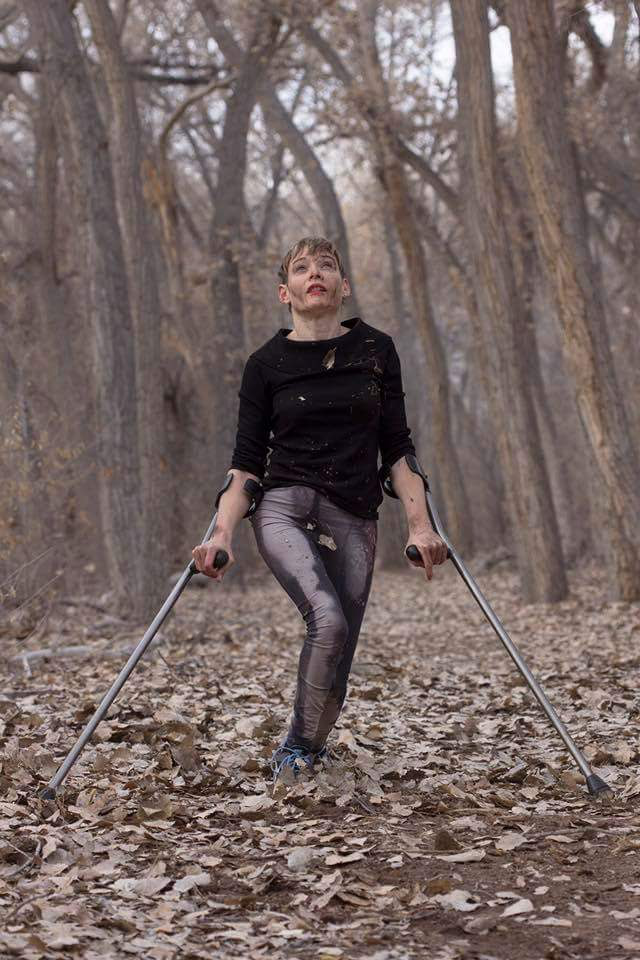 Tanya Winters, a Chicago native, fell in love with Austin after a weekend trip.  As a disabled dancer, she loves creating and enjoys pushing the boundaries of art and movement!  Tanya's career as an artist began in theatre in 2005 and shifted to dance in 2007 thanks to a wooden chair and the desire to tell a story.  As a student of Austin Community College, she gained extensive background in improvisation and choreography.  Tanya became a certified DanceAbility instructor in 2011.  Currently, she dances with a project called the Body Shift Collective where she choreographs and participates in performances; teaches and engages in classes, as well as educates and advocates for inclusion.  She hopes that her work will motivate other dancers to think outside the box and erase the line between ability and disability.

Teri Wagner, the Founder and Artistic Director of Spoke ‘N’ Motion Dance has been dancing (using a wheelchair) since age 11. She completed 3 years of training with The Dancing Wheels Company and School in Cleveland, OH. She also trained in Belgium in wheelchair ballroom dance. Teri is a company dancer with Ballet Arts Theater and Berthoud Dance Company and has enjoyed dancing on stages throughout metro Denver and withpublic school programs that help to bring understanding of people with disabilities. She has also been a competitive Wheelchair Ballroom Dancer having a 4th place International standing and a 1st place State standing in Colorado.